The Three Daws Public House Town Pier Royal Pier Road Gravesend   The building dates from 1488 and was serving ales by 1551. This is ... Read more

CASE STUDY Creating value through collaboration. The Issues Faced...The repeated failure of ironwork within a busy commuter and bus route was ... Read more

To protect the properties from external Flooding using the new Kessel Ecolift XL Duo designed especially for the UK Market . Since 2009 16 ... Read more

Some properties in Goring on Sea, West Sussex were regularly being flooded and something permanent had to be done to alleviate this major and ... Read more

Due to an unacceptable number of road casualties, excessive street clutter and difficulty in cycling through this junction it was decided to ... Read more

Taking over 6 years and costing £50 million this was a huge project. Epitomising the great age of sail, this last remaining Tea Clipper is a ... Read more

A bespoke solution was required in Rye to protect two river outlets complete with outlet valves. The area around the valves had to be clear of ... Read more

When, in July 2005, London was announced as the winner of the Olympic bidding process to host the 2012 Games it started one of the most expensive, ... Read more

The Channel Tunnel runs beneath the English Channel and is 31 miles long, linking Folkestone in Kent with Coquelles near Calais in France via a rail ... Read more

Faslane was expanded in the 1980s when the decision was taken by the British Government to develop Trident. Her Majesty’s Naval Base Clyde ... Read more

The building dates from 1488 and was serving ales by 1551. This is said to be oldest public house in Gravesend, with many passages and stairs to aid smugglers and those hoping to escape the press gang. Its earlier name was the "Cornish Chough," and later the "Three Cornish Choughs." It may have been associated with pilgrims crossing the river en route to Canterbury; the three Cornish Choughs are on the Canterbury arms. It was originally five wood fronted cottages probably dating as early as 1488. Its wooden structure thought to be the work of shipwrights. Once used as a hotel it had eleven bedrooms, connected by five staircases. It remains open today (2018).

The Three Daws, a Grade II listed building on the east side of the Town Pier square, is now the oldest public house in the town and probably the oldest pub in Kent with its mixture of timber framing, weatherboarding and tiled roof. The "Three Daws" and the Old Pilots' House to the rear (now demolished) are reported to have had seven staircases and three underground tunnels enabling sailors to escape the press gang and smugglers to ply their trade.

By some miracle, the "Three Daws" escaped the many fires, in spite of its wooden construction. Its earlier name was the "Cornish Chough" (1488 1707), and later the "Three Cornish Choughs" (1707 1778). In 1582, the innkeeper was Ralph Wellett. It seems to have been associated with pilgrims crossing the river on their way to the shrine of St. Thomas, the three Cornish Choughs appearing in the arms of Canterbury City. A reference to it as the "Three Daws" appears in the Gravesend Register of 1667.

In October 2015, Flood Fortress part of the Durey Group were asked by Southern Water to visit the site of The Three Daws Public House Gravesend.

The premises is located within a low lying area of block paving at Town Pier, at the junction of High Street /West Street Gravesend. In storm conditions surface water cascades down the steep incline of the High Street and pools within the paved area outside the public house. The water level rises to an approximate depth of 500mm.

Working with Southern Water and the Conservation Architect from the local heritage department at the Gravesham Borough Council. We obtained "Planning (

The works were successfully completed within a three day period without disruption to the commercial business or its customers.

This board system requires the customer to check the local flood risk warnings provided by the Met Office. When the information states a possible flood conditions may occur, the boards need to be inserted into the rails.

In 2018 Gravesend experienced a combination of a tide lock situation.

This is when rainfall is unusually heavy over a short length of time, along with unseasonal high tides, resulting in the tide flaps along town pier being unable to open to allow surface water to drain. Taking into account all these events, the area outside the Three Daws suffered a large extent of flood water pooling. Local media reported from this area, highlighting the vast amount of water collecting at the Town Pier entrance but also clearly showing our flood board installation held, protecting the pub. 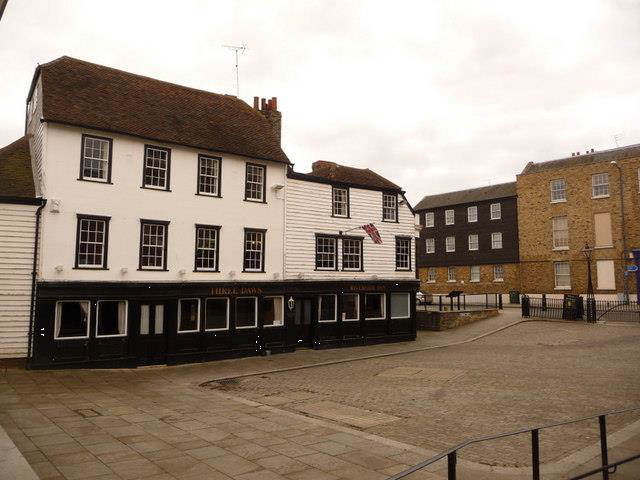 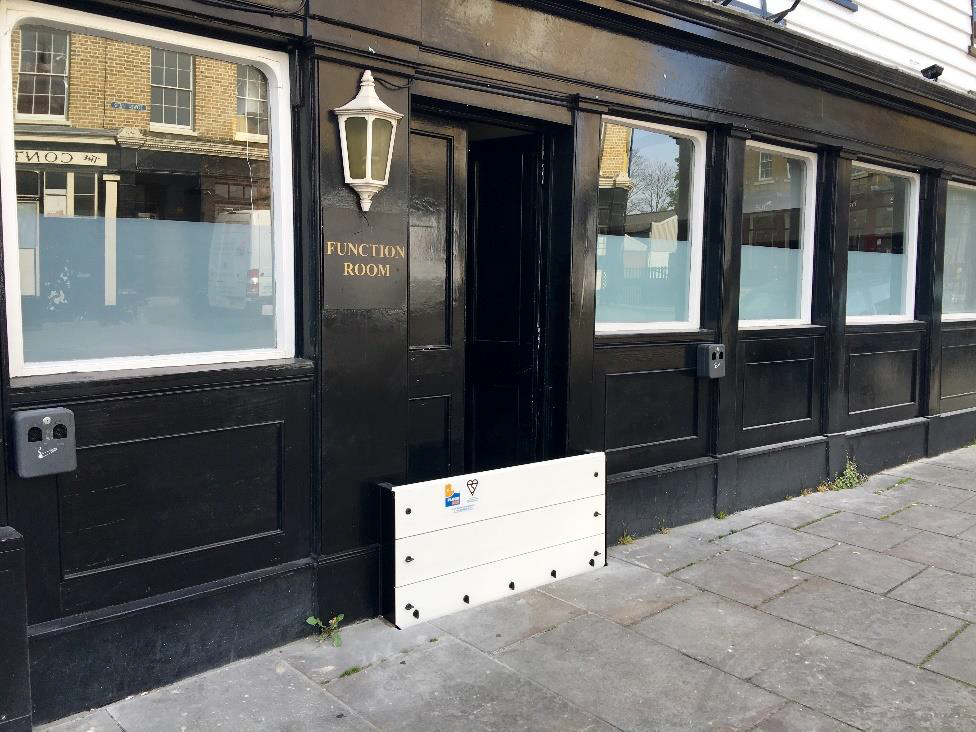 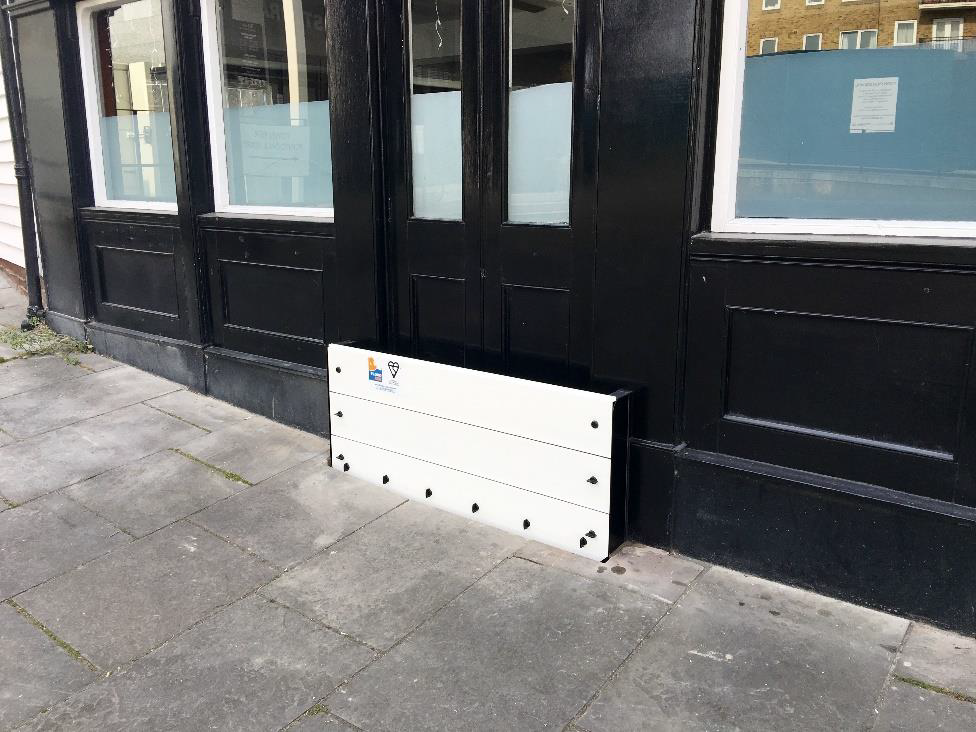